Web, mobile and software development services for| all your enterprise needs

Realize your vision for your next website with a digital platform that’s built to perform. At SweetSoft, we using cutting-edge technologies to build responsive, high-performance and secure web applications. We value practical solutions, beautiful and smart designs, clean code, good architecture, and above all we are committed to the success of your project. From day one, the team building your website is involved in planning for your website. That means we hit the ground running and you get the build you need – not just a site that meets a set of specifications, but a true business solution 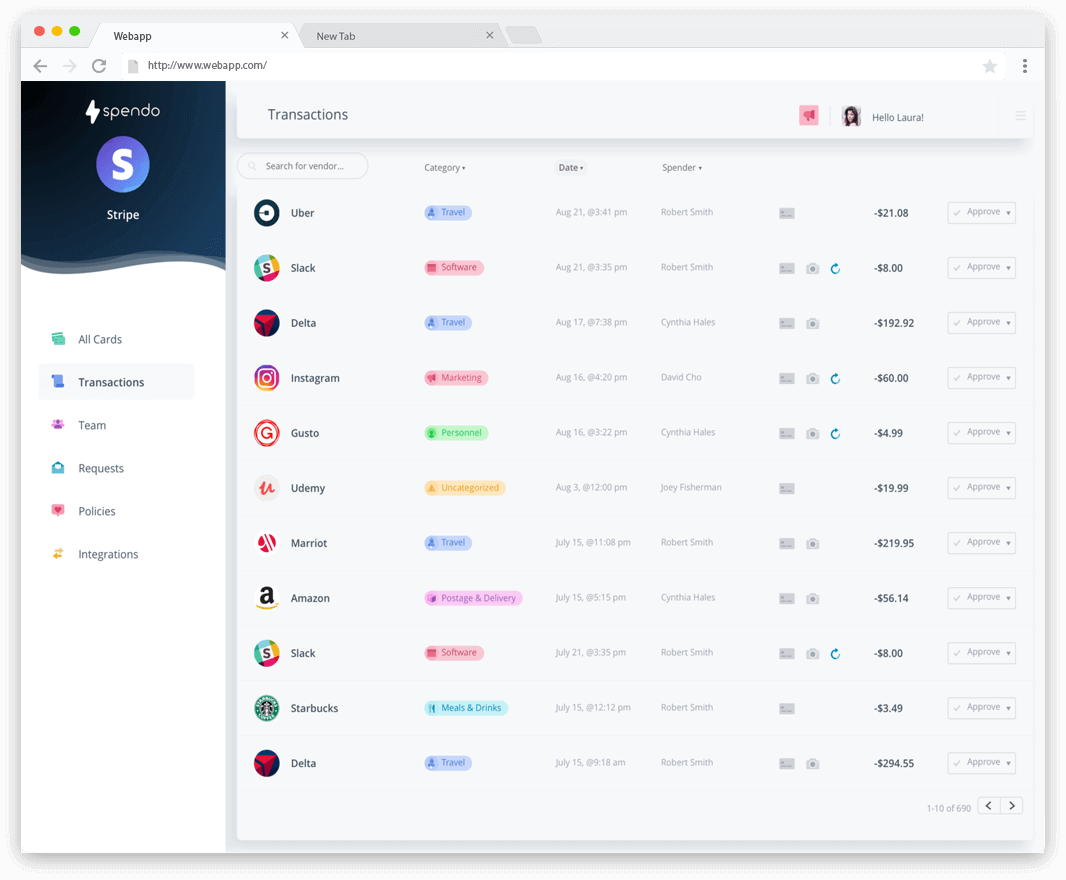 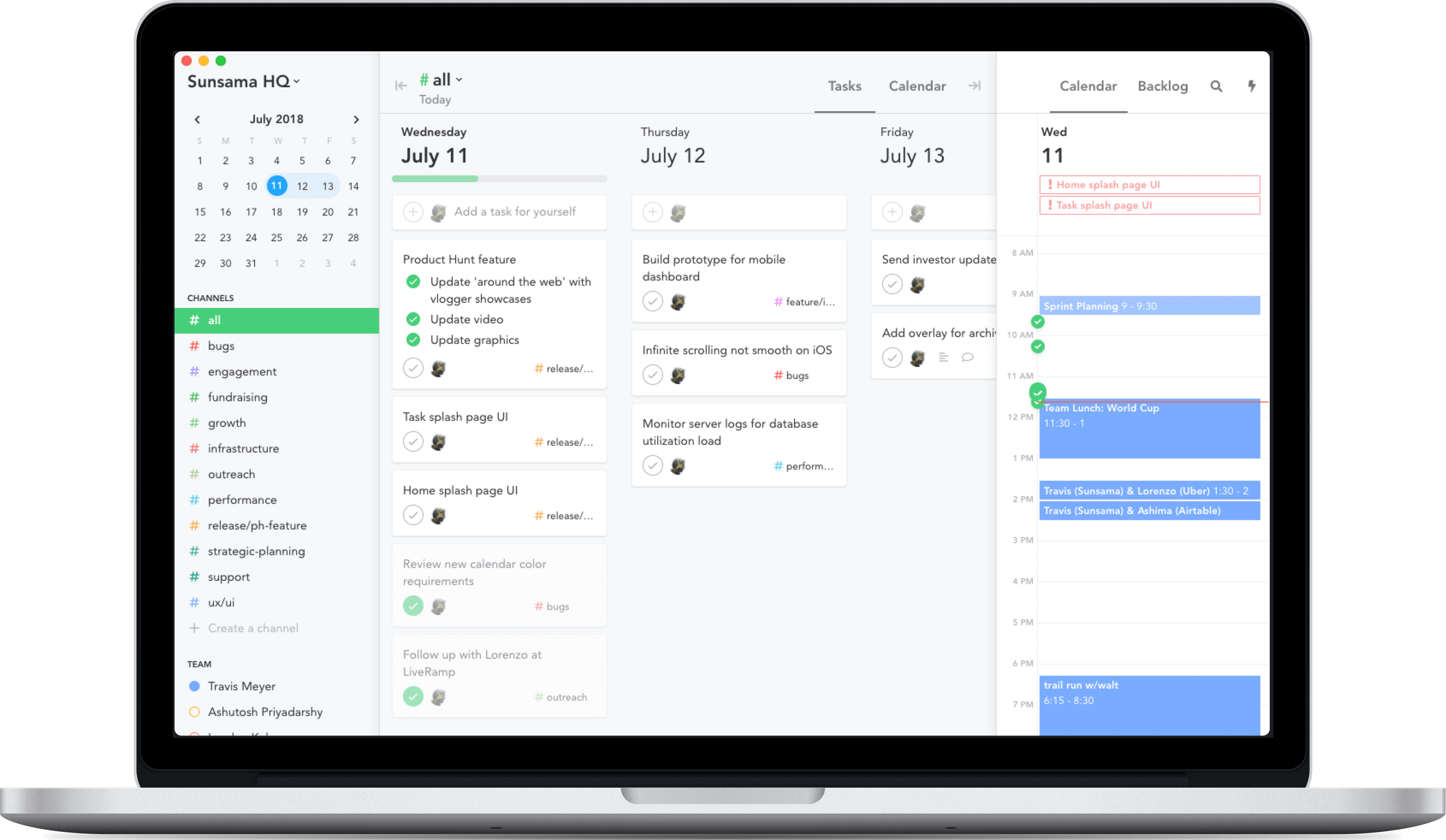 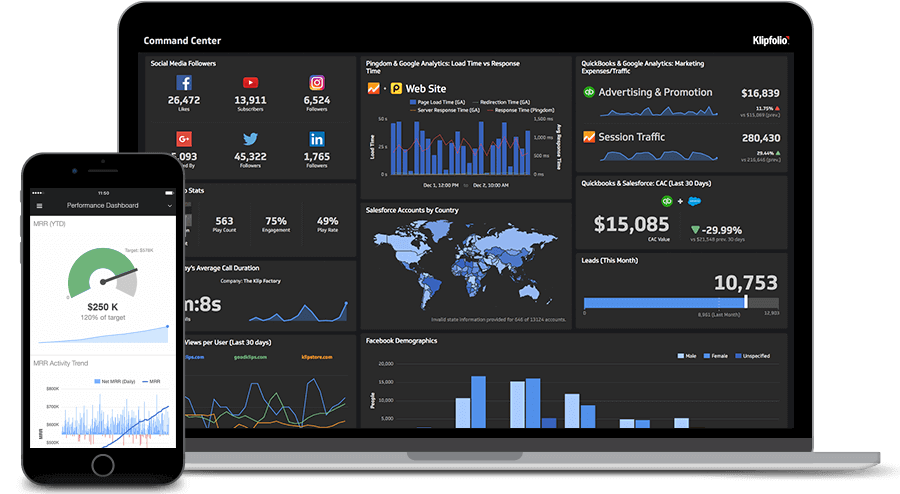 SweetSoft takes mobile development as a force for progress and evolution. We are a mobile applications development company focused on providing our clients with the best possible products fully compliant with their cost, time, and performance requirements and expectations. Our specialists have strong understanding and skill set enables us to deliver business mobile apps for Android and IOS. We can build apps of any size and complexity & we’ve got you covered all the way. SweetSoft team will take care of every app development stage from app ideation to deployment. Our mobile app development team includes business analysts, project managers, software engineers, UX/ UI designers, and QA engineers. 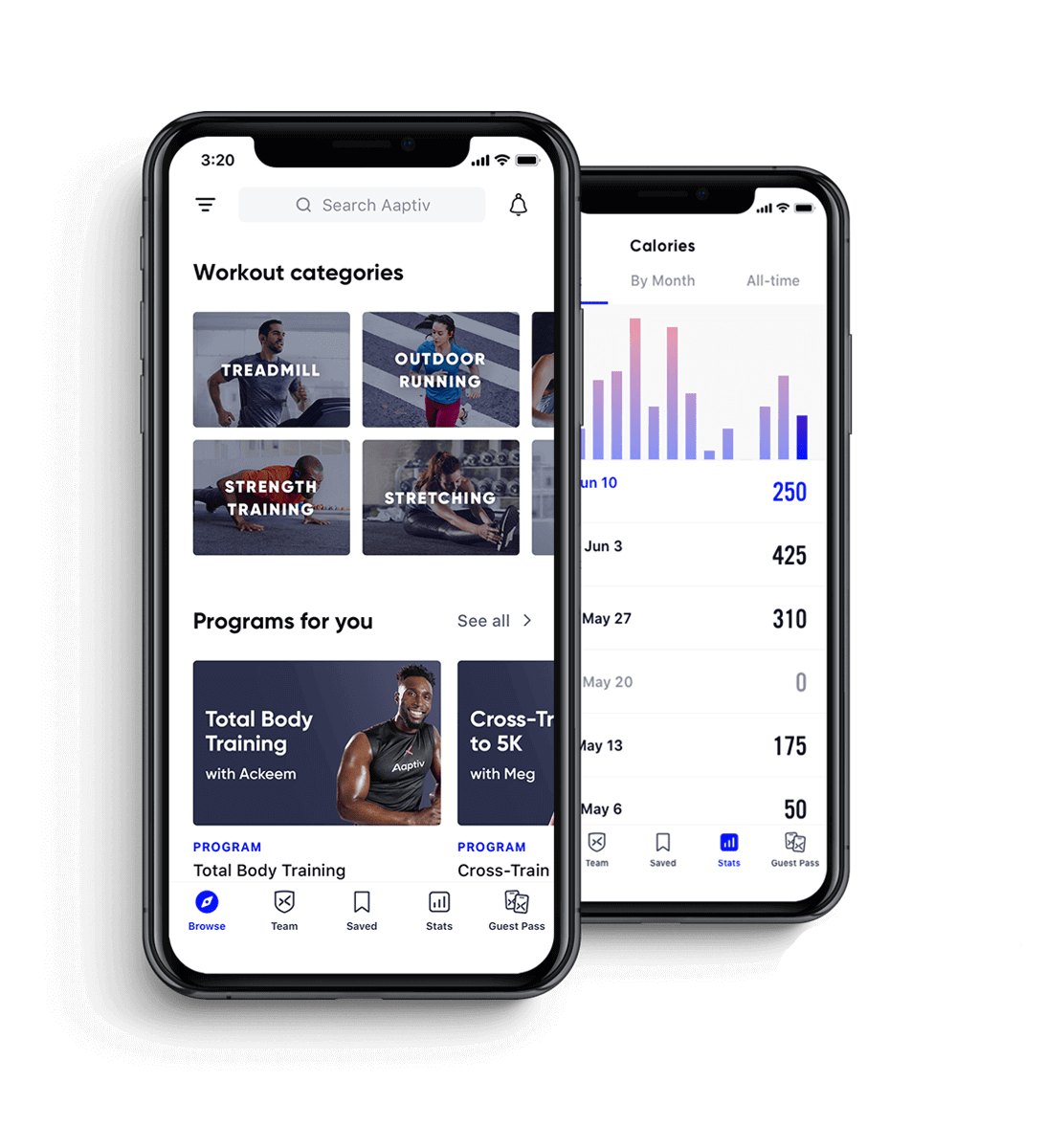 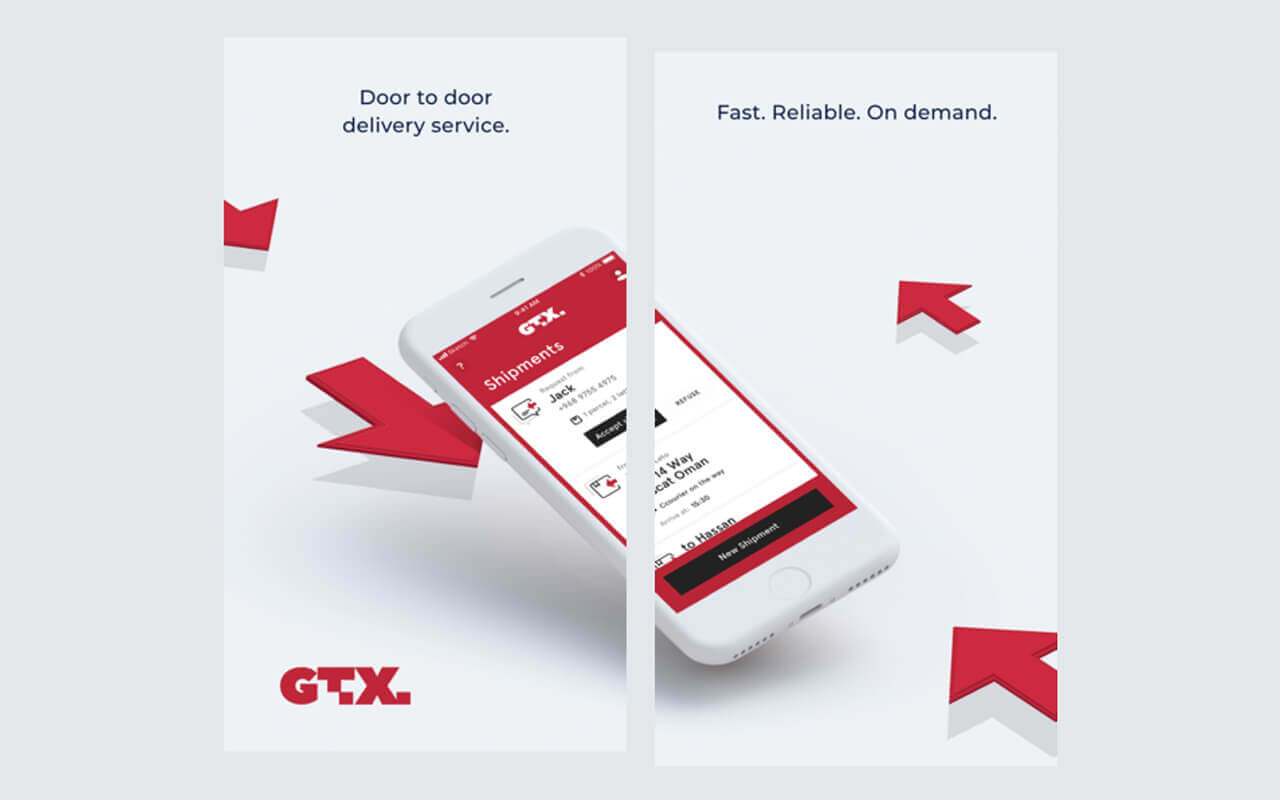 GTX – it is a modern solution for door-to-door delivery. It would be helpful when you need fast and reliable service for parcel or document shipment. 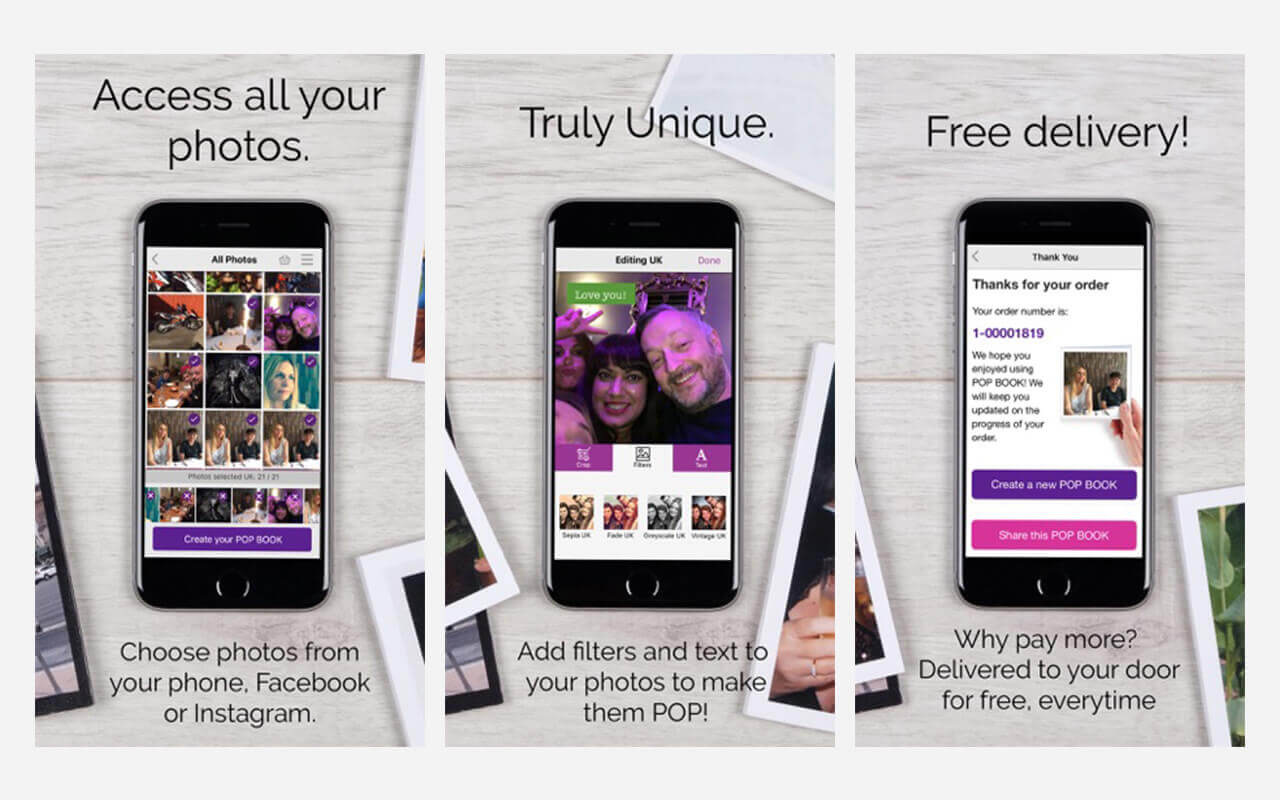 Pop Book Photo Books is an application which give you a possibility to create your own, beautiful mini photo book - straight from your phone. 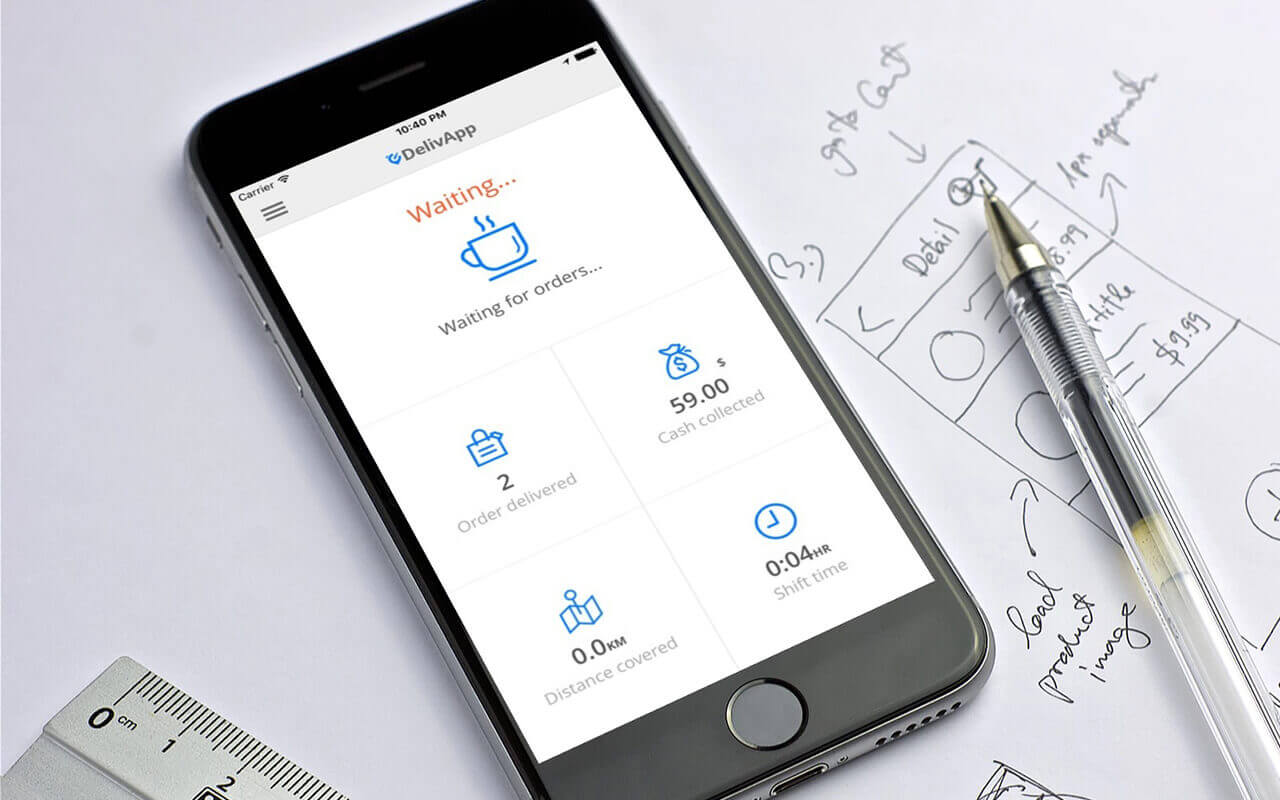 DelivApp is a SaaS and mobile-based platform designed to help couriers registered in DevApp platform manage their current orders. 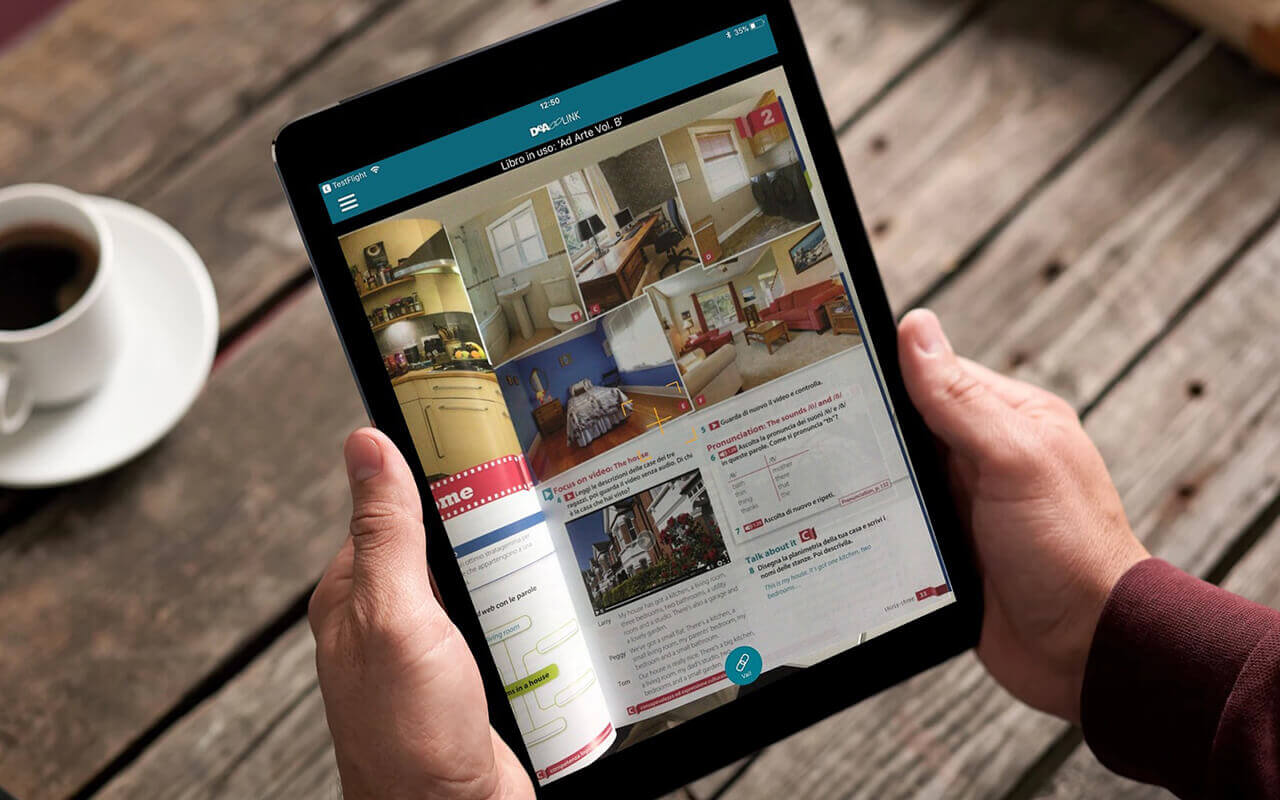 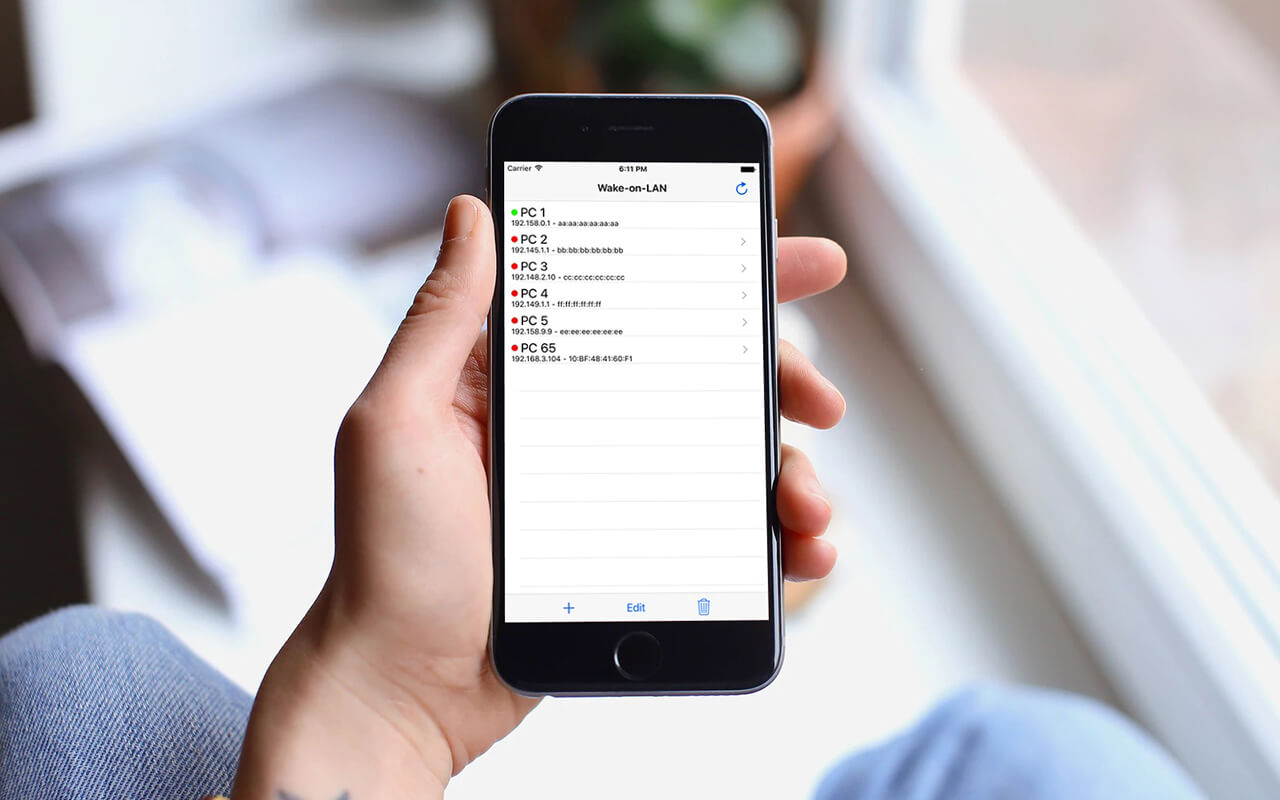 With the help of an application Wake-on-LAN, you can turn on your Mac or PC by remote using your iPhone or iPad. 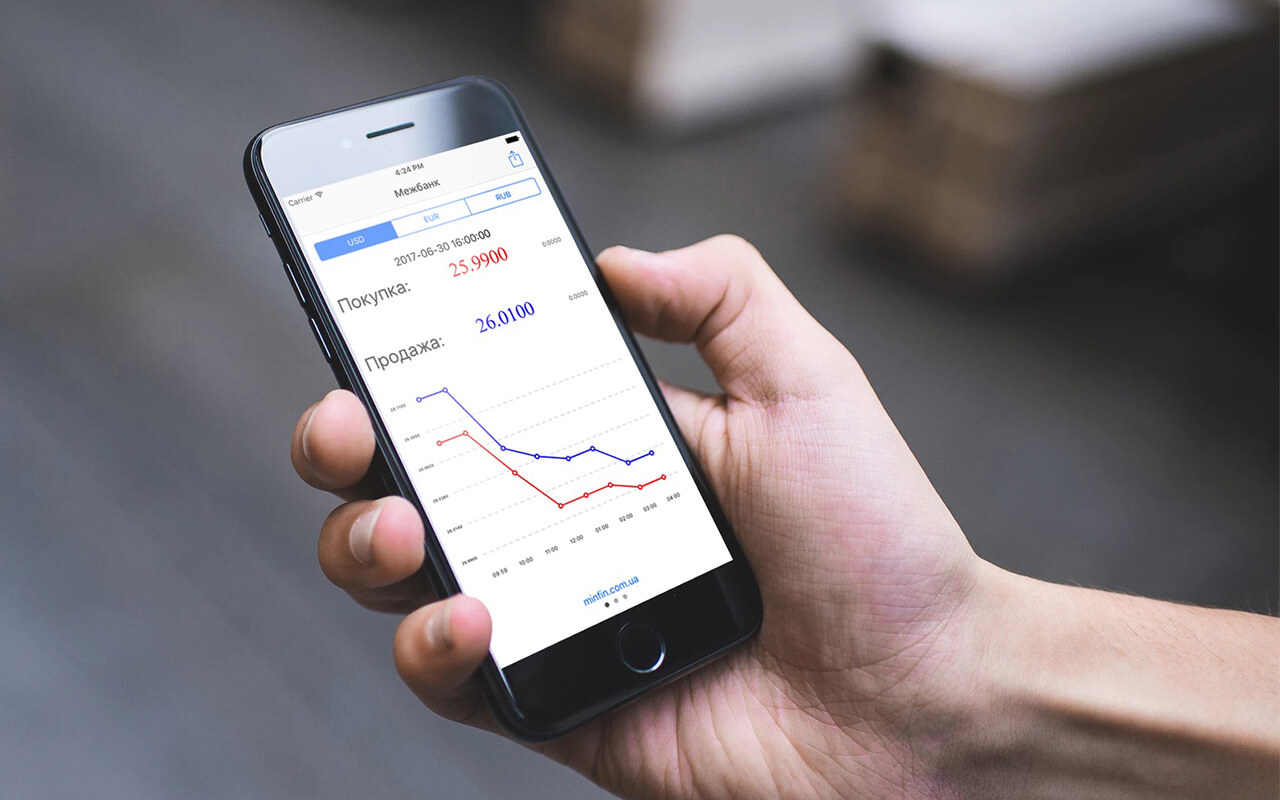 Currency Trends - it's a handy application developed for everyone interested in changing currency rates. 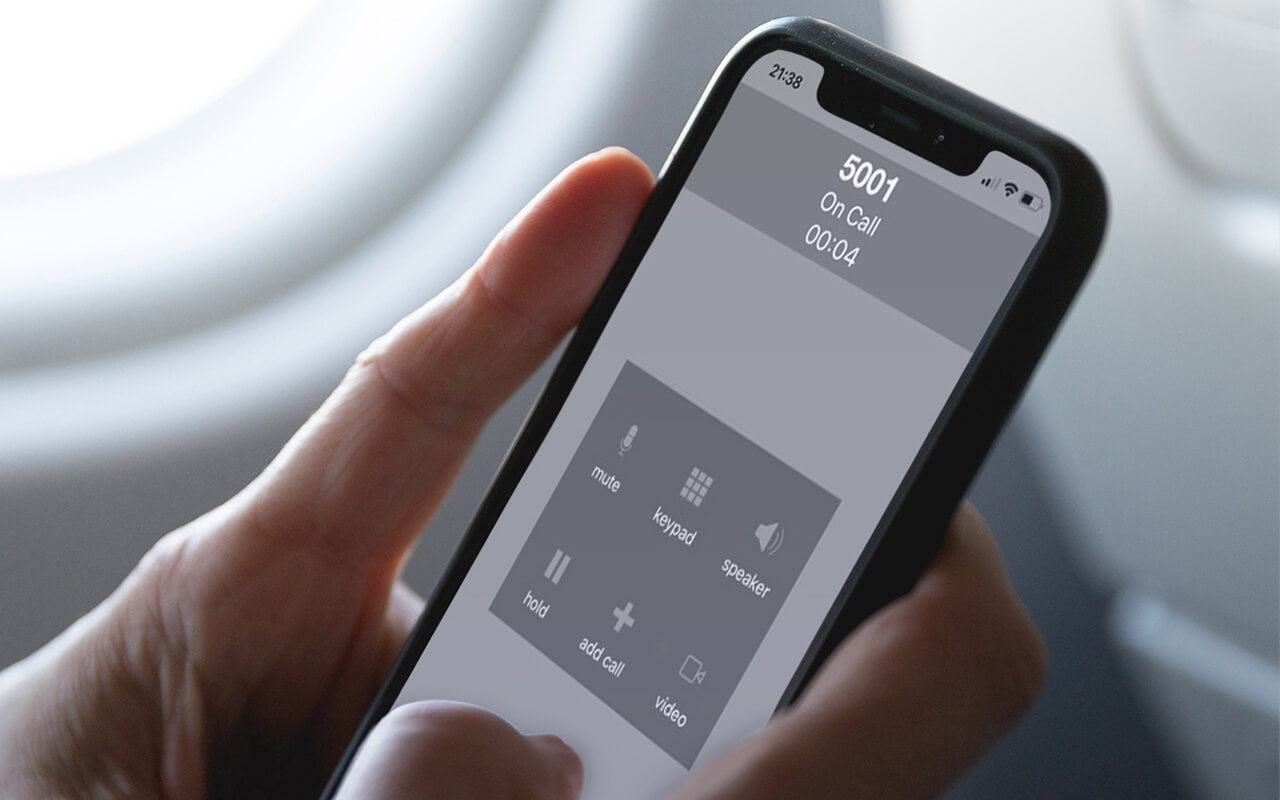 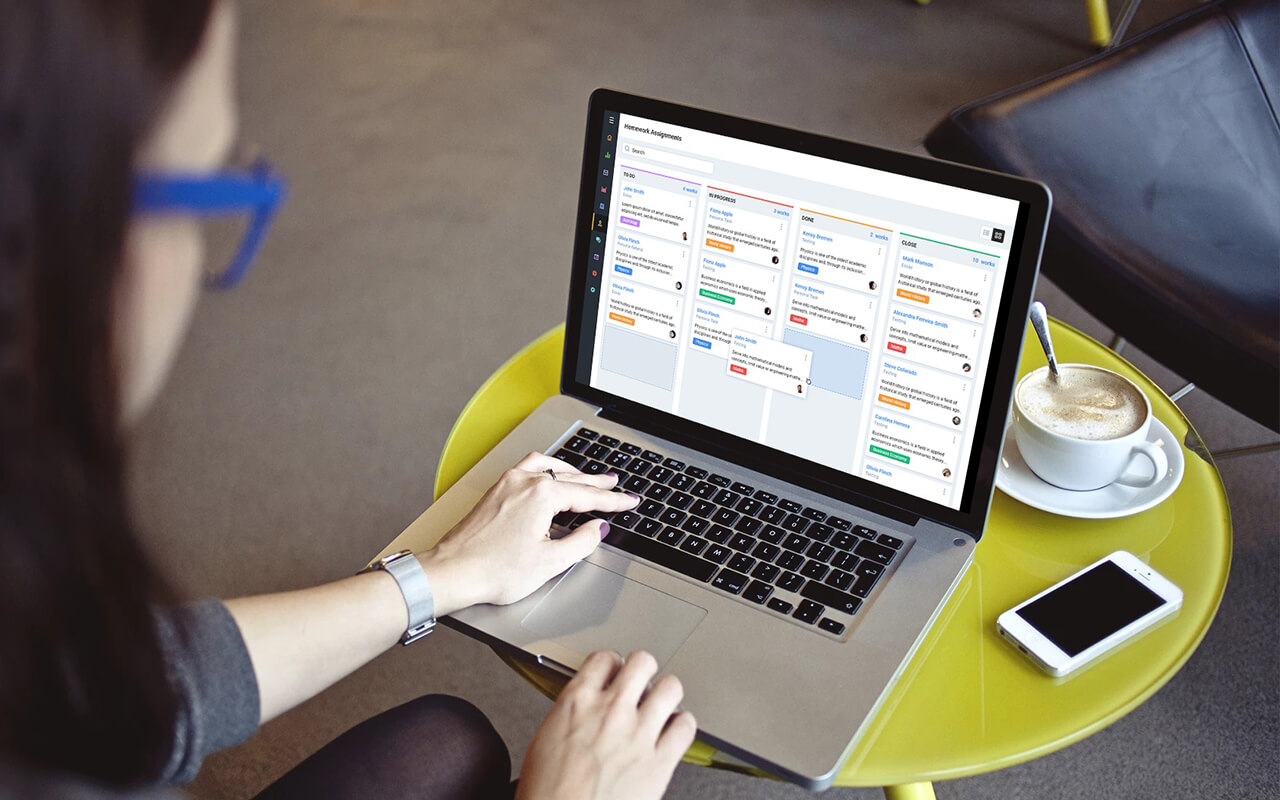 The system “Education” is intended for automation and simplification of school communication processes. 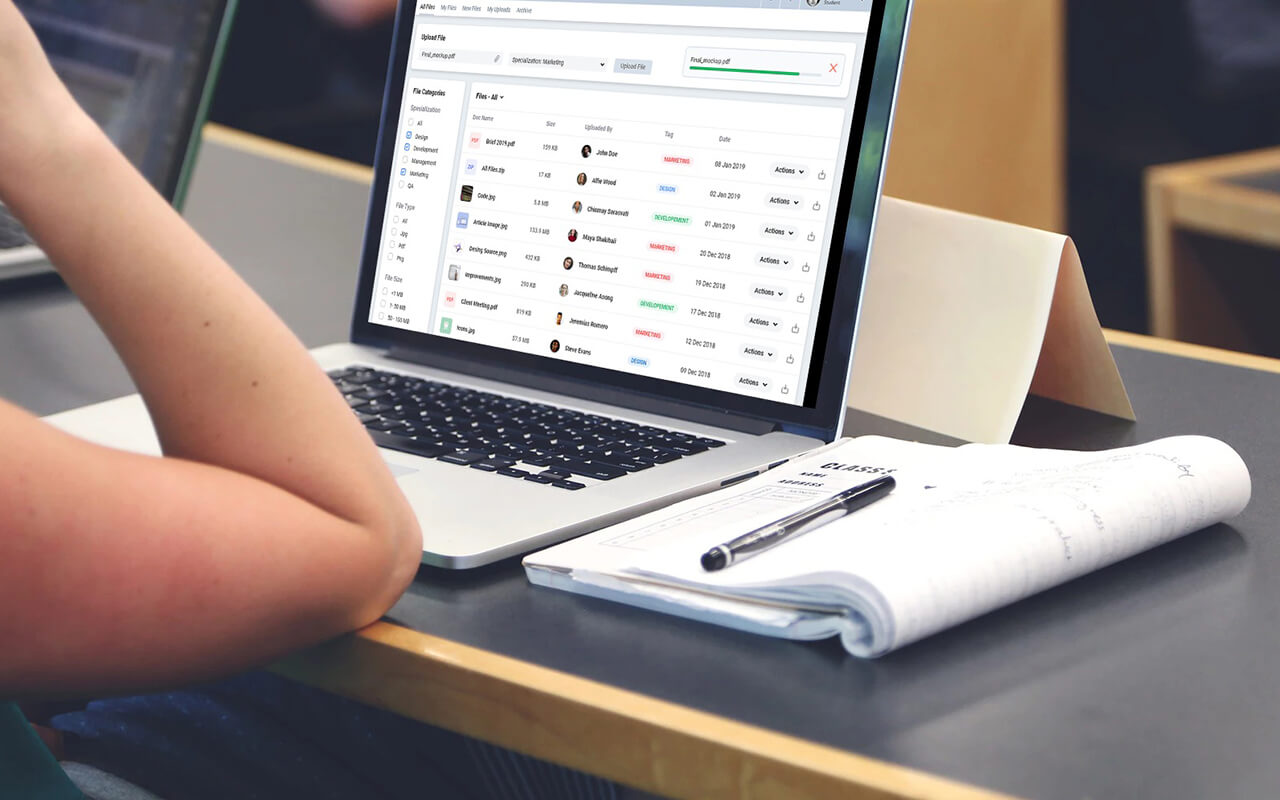 We are glad to present a project called "Education Software". Which was developed for teachers, students and even their parents. 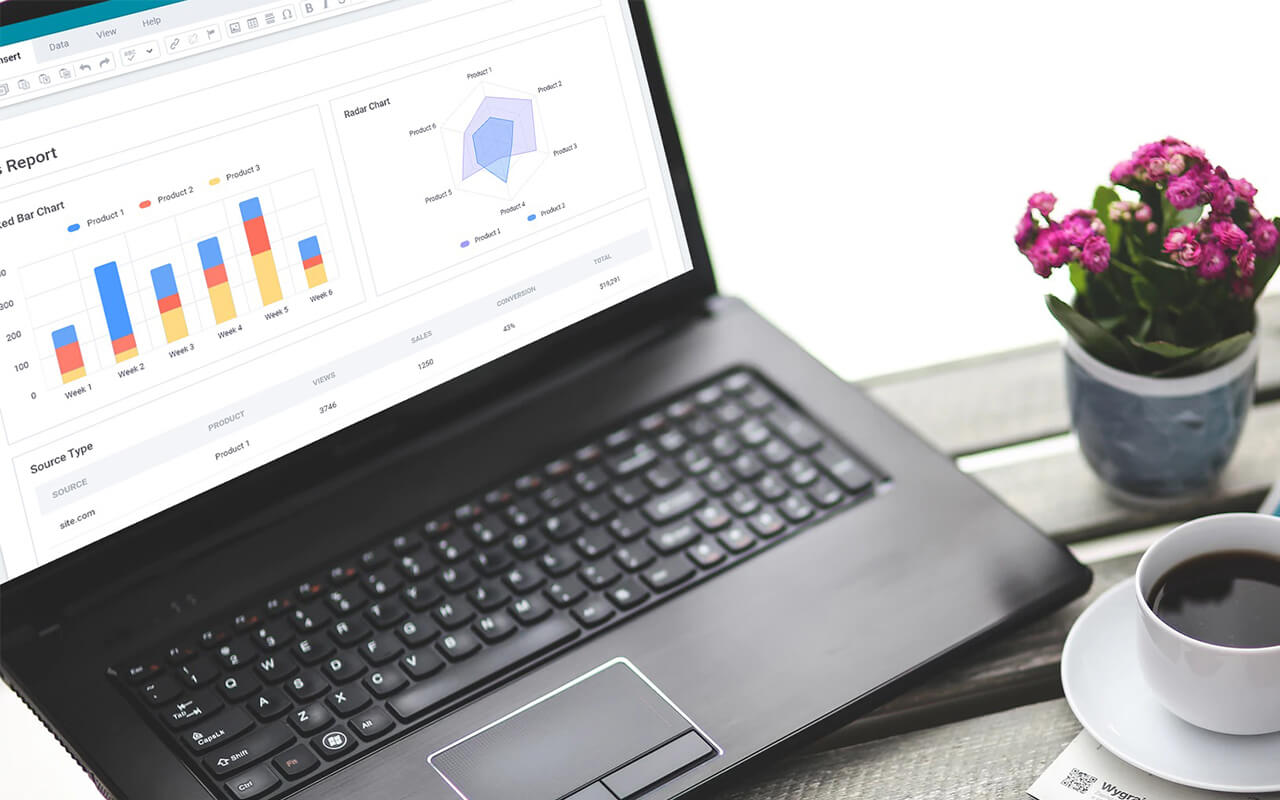 A tool for creating and managing reports 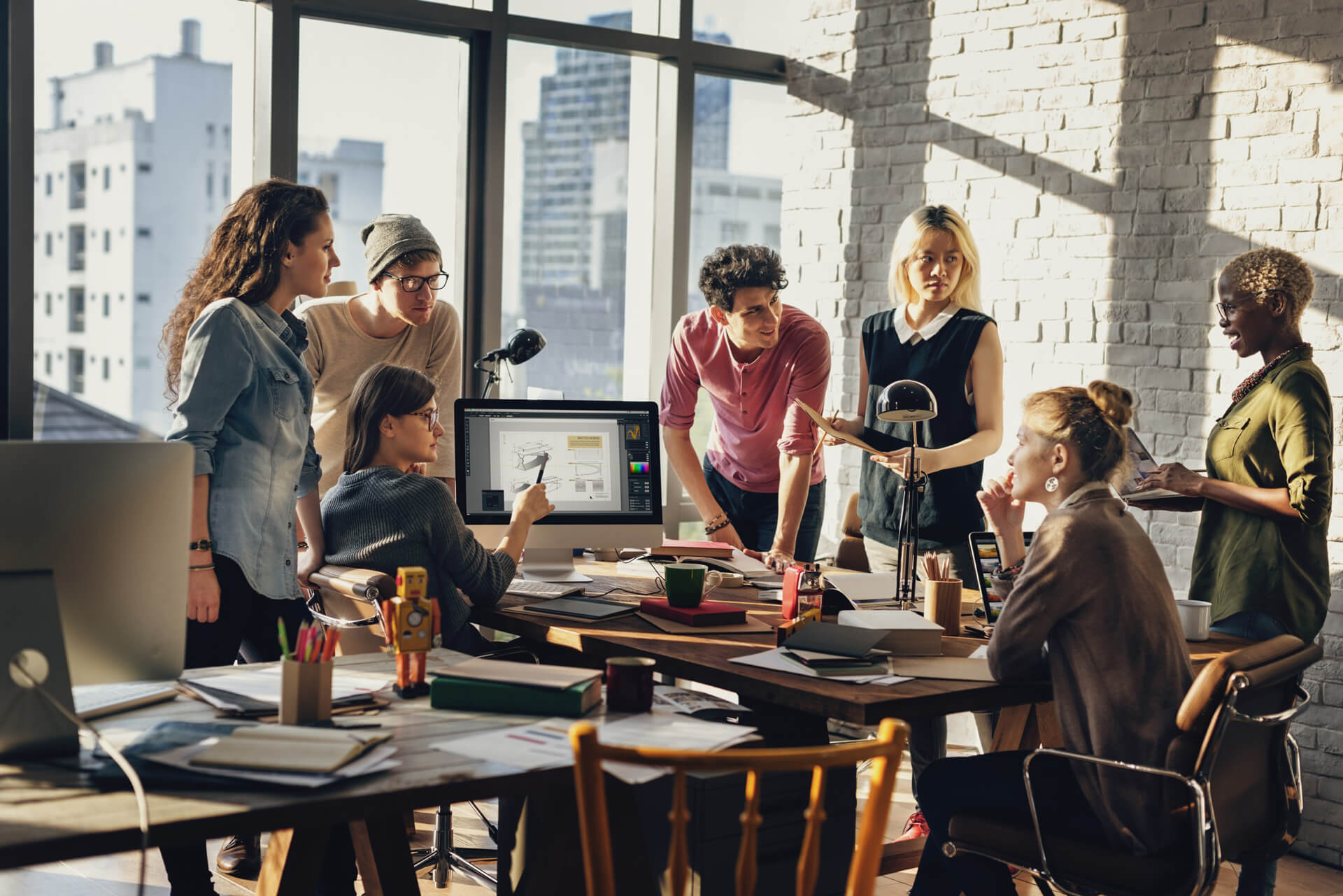 In SweetSoft we believe that a good team is not just persons who work together, the true team is much stronger than the sum of its parts. True teamwork and true partnership assumes an intimate understanding and alignment of each other’s goals and requires each party to actively care for and trust the other. We always strive to treat our clients, investors and colleagues as partners. SweetSoft team is 100+ and growing. SweetSoft is a team of experienced professionals in different directions of project management, software development and testing. Our expertise goes from Web development to ERP to Business Intelligence.

We have proven our expertise by receiving status of Microsoft Certified Partner.

We have excellent experience in different technologies and use not only the last and most modern technologies, but the technologies that are most stable!

Many of our developers have Microsoft and other certifications!

We offer several billing models: from dedicated teams to a “pay as you go” Time & Material (T&M) option.

When a project is initiated, we choose a project manager to oversee the whole process, from the elaboration of requirements to the product release. The project manager controls all project activities and administrative aspects, such as providing proper reports, collecting feedback, and taking responsibility for delivering project on time.

We use the best industry methodologies (such as Waterfall, Agile, and SCRUM), but we can also adapt our workflow and toolkits to the technologies used by a client. Also, our software team can easily work within your development process without ruining the existing workflow at any stage of the project

To ensure software quality - is the only way if you want to achieve debugged user experience and product success. Our QA engineers are always focused on improving the process of development, so the problems can be prevented before they become a major issue. Quality assurance provides a solid foundation for future improvements and guarantees the launch of the most stable and reliable software.

Is a software development company that provides outsourcing services for companies who require high quality solutions. We are flexible to offer solutions that meet your business needs: from IT support, to software development, testing, to turn-key solution development and business process outsourcing. We help you accelerate, simplify and enrich business processes to make your business more successful. During last ten years SweetSoft has built a solid reputation with lot of successful projects for different clients worldwide.

HTML is the language used to layout and present information on the web in the form of pages. CSS is used for the presentation of the pages and Javascript is used for making pages interactive. If you're interested, press F12. This usually lets you view what the HTML for the page is, as well as the CSS and Javascript.

What had happened with HTML was that the previous version of HTML offer everything we needed to create pages. Developers started to use things like Flash, Quicktime, Silverlight and other browser plugins to offer features such as videos and games on their websites. The thing was, these browser plugins weren't as efficient as they needed to be and weren't open standards in most cases.

So, what has changed?

And one more... In most cases, HTML is all you need.

The Importance of CSS in Web Development. Cascading Style Sheets, commonly known as CSS, is an integral part of the modern web development process.

You keep the style separate from the content so that you can:

In general, you use HTML to describe the content of the document, not its style; you use CSS to specify its style, not its content.

The Top Reasons to Use JavaScript:

The basic goal of BI and Data Warehouse technologies is to allow for the easy digestion of volumes of often raw business data. The investment results in turning an unending stream of zeros and ones into information that will assist your business in moving forward. BI technologies are utilized to provide views of past and current business operations and even project them into the future.

Here are the top reasons why you should invest in mobile application development.

With mobile apps developed for mobile operating systems from Apple, Android, and others, you can create brand awareness and loyalty amongsta huge number of existing and potential customers. In fact, many customers now expect a business or brand to have its own dedicated mobile app. This means that it is not only becoming a necessity to gain a competitive edge over other businesses, it is becoming a necessity to avoid falling behind your competition. Having a dedicated mobile app adds to the credibility of the brand.

Keeping in mind the importance that mobile applications hold in today’s society, it is only wise to create one for your business. Here are the top reasons why you should invest in mobile application development.

Top 10 reasons why you should use mobile app:

Objective-C and Swift are programming languages that are used to code the Apple software products under macOS, iOS, tvOS, watchOS, CarPlay, and Linux (only for Swift) operating systems. These languages have the corresponding app programming interfaces (APIs) and frameworks (Cocoa, Cocoa Touch). Objective-C was created in the late 80s and impacted Smalltalk (for object-oriented syntax) and C (for non-object) programming languages. The newer language, Swift, is not based on the C language. Instead, it no longer has any inheritance and is just compilable with C libraries and frameworks. Swift offers more powerful tools and modern coding solutions for simpler, but expressive coding, app safety, and performance. As well, the language is intuitive, and thus easier to learn for new programmers.

Another difference Swift vs Objective-C is in the way the code is presented. Swift’s code is unified and has simpler syntax, whereas, working with Objective-C, the code is divided into 2 code blocks:

Objective-C was originally created by the company Stepstone, by Brad Cox and Tom Love, in 1980s. Further, the Objective-C trademark extended to Apple Computers. Since then, Objective-C has been a standard programming language for macOS and, further, iOS and other Apple platforms. The main characteristic lies in its maturity, since it has been used and tested for many years for Apple’s software.

In contrast, Swift is not limited to Apple OS. In 2015 it became an open source and cross-platform programming language. This takes away the unsafe pointer management and at the same time provides interaction with long-standing Objective-C and C code bases. These days, Apple Inc. promotes the use of Swift and provides constant language version updates.

To get some insight and to understand why Microsoft SQL will still be around for a while, let’s look at six major reasons for its longevity.

What is Microsoft .Net?

Why we choose .Net?

Top reasons to use .NET